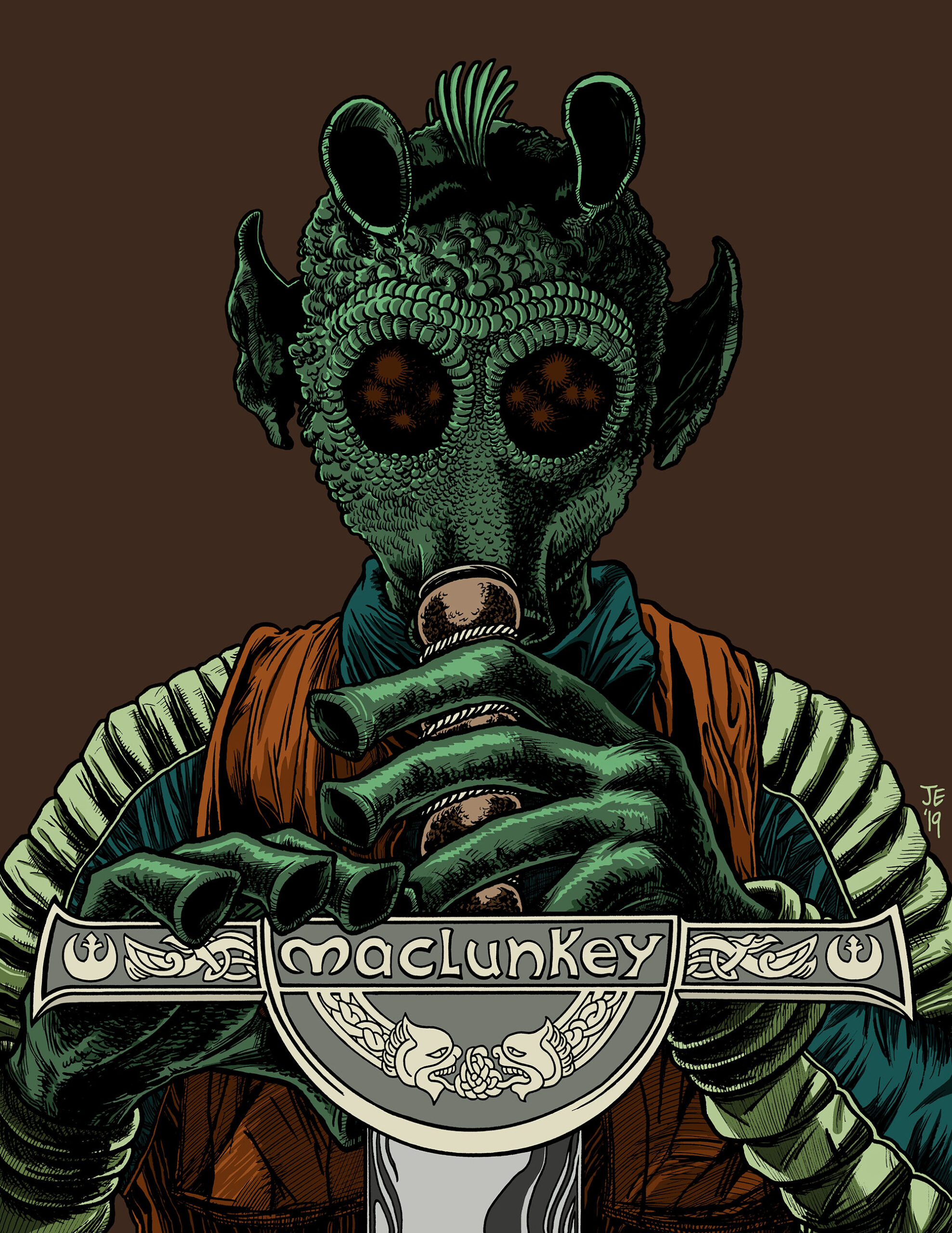 My Star Wars/Highlander mash-up that became a t-shirt available for purchase on Woot!  This is, of course, a joke based on the latest bizarre tweak to the Han-Greedo scene in Star Wars.  (In the 1997 Special Edition, George Lucas changed this scene so that Greedo shot first and somehow missed Han Solo at point blank range, before Han shot and killed him.  The scene has been further messed with in the subsequent DVD and blu-ray releases of the film.)  The version of Star Wars available on Disney+ has yet another change to this scene.  Now, before Greedo dies, he says something that isn’t translated with a subtitle as all his other dialogue is.  It sounds like he’s saying “Maclunkey”!  (Think I’m making this up?  Read more here.)  I don’t know what “Maclunkey” means… but this drawing is my explanation!