Skip to the content
HomeWritten PostCatching up with Legion Season Two 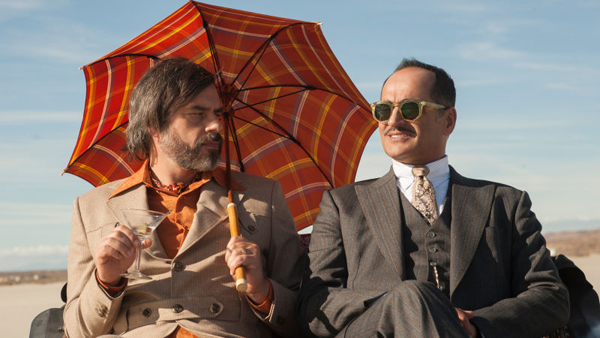 Catching up with Legion Season Two

I was blown away by the first season of Legion back in 2017.  I thought it was magnificent; hugely creative and weird and unique.  It was a gloriously mindbending experience that pushed the boundaries of what a television show could be.  I loved it.

But by the time season two came out, I felt that I needed to rewatch the first season to refresh my memory of everything happening on this twisty, complicated show.  And so I held off on watching season two until I had a chance to rewatch season one.  Although that first season was only eight episodes, in this age of “peak TV” I found it hard to find the time!  I kept deciding to watch something NEW as opposed to going back to rewatch something I’d already seen.  But I finally made the time, and I’m so glad I did, because it was a delight to rewatch season one — there were so many nuances I caught, knowing where that season would wind up.  And I am certain I got a lot more out of season two having season one fresh in my mind.

So what did I think of season two?  I loved it!

This second season was a wonderful expansion of everything we saw in season one.  I was intrigued to see the way the show took our main characters from season one and pushed them all in unexpected directions.  (This is NOT a show that returns go the status quo at the end of every episode, and I love it for that!)  I enjoyed meeting tons of fascinating new characters.  Most of all, I was delighted that the show continued to be every inch as wonderfully bizarre and unexpected as season one!  Season two was packed full of strange imagery and moments, and the show continued to be playful with its very structure as a TV show, throwing in narration and asides and digressions so that I as a viewer was constantly surprised by the directions in which the show was taking me.

That is what is most memorable and praiseworthy, in my opinion, about Legion.  Creator Noah Hawley and his team are constantly pushing against the limits of what a TV show can be, and the conventions of “normal” TV narrative.  Legion is constantly surprising in terms of what we’re seeing on screen.  Suddenly we’re watching a dance sequence!  (David’s dance-off showdown with Farouk!)  Suddenly we’re listening to narration (by Jon Hamm!!) of how a delusion develops, an idea memorably depicted by showing chicks hatching from eggs (ideas) and a horrifying black goo monster (a delusion).

Visually this show is extraordinary!!  It’s jam-packed with strikingly original, memorable images.  I am haunted by the depiction of the birth of a delusion, as I just mentioned above.  There’s the striking image of a roomful of people with chattering teeth; the Division 3 Leader, Fukayama, who wears a basket on his head and who speaks through identical robotic women with black mustaches; the weird look of the Division 3 headquarters, particularly their bizarre mess-hall with food floating by the tables on little boats… and so much more!

Ok, let’s dig into the season. There will be a few SPOILERS ahead, so please beware if you haven’t yet watched this season!

While season two took all of the show’s characters in surprising directions, nothing surprised me more than the path of David Haller, the show’s main character.  In the comics, David has generally been a villain (albeit sometimes a sympathetic one).  When this show was announced, I was surprised that its main character would be someone who I only knew as a villain.  As I watched season one, I grew to love this version of David… but also, in the back of my mind, I wondered where the show was ultimately going and whether David might go down a dark path.  I applaud the bravery of Noah Hawley and his team for going there in season two!  Has this show sneakily always been about a super-villain all along??  Wow!  (I’m very curious to see whether David is redeemed in season three.)  Season two beautifully charted David’s corruption and his turn into villainy.  As my brother pointed out to me: THIS is what Game of Thrones wanted (but failed) to do with Daenerys!!  We’ve been with David all the way through this journey, and we understand how and why he turned.  We feel the tragedy of it — and more than that, it’s rocking to the audience to discover that the hero we’ve been rooting for turns out to have been a villain.  This was extraordinarily well done.

I was also delighted that, by the end of season two, the show began to actually depict David’s schizophrenia.  This character — and this show! — isn’t called Legion for nothing!  I loved those scenes at the end of the season of multiple manifestations of David talking and arguing with one another.

Season two introduced Navid Negahban as Amahl Farouk, the Shadow King. In season one, we thought Aubrey Plaza was the Shadow King, but season two revealed that her character, Lenny, was just a pawn of the true Shadow King.  I have mixed feelings about this development.  On the one hand, it is cool to see Mr. Negahban’s character, who bears a much stronger resemblance to the character from the X-Men comic books as created by Chris Claremont.  (The character is much fatter in the comics, but other than that, season two’s Shadow King’s being a steely-eyed male of Middle Eastern descent brings him much closer to the source material.)  On the other hand, I loved the boldness of season one’s casting Aubrey Plaza in this role.  That was so unexpected, and she was so great!!  I didn’t like seeing Ms. Plaza reduced to more of a supporting role in season two.  (But I will withhold judgment until I see where they take her character, ultimately, in season three.  Will Lenny be redeemed?  I am very curious to see where her story is going to go.)

My only real complaint with season one was the out-of-left-field cliffhanger in the final seconds, in which David got zapped into a little metal ball that flew away from our heroes’ HQ.  I thought that was a dumb cliffhanger, but I enjoyed the way season two quickly jumped into that story as we meet back up with David (and the other characters) a year later.  I liked that time jump, and it was fun to rediscover where the main characters were now.  (Shockingly working with Division 3, the bad guys of season one!)  My only complaint here is that I don’t believe the show ever quite satisfactorily explained what David was up to during that missing year.  (I gather he was secretly working with the Shadow King, but I’m unclear on exactly what he was doing or why his memory wound up getting wipes/repressed.  I think he was helping the Shadow King hunt for his real body… but what happened to wipe his memory at the end of that year?  Did the David do that to himself?)

As if the show wasn’t complicated enough, I was intrigued that this season explored both time travel and the idea of parallel worlds.  That David found himself torn between Syd and her future self was a delicious notion.  And episode’s six journey through various other incarnations of David in parallel universes (a wealthy, powerful David; a bald elderly David; a young David working a mundane job; a bearded, homeless David) was striking and sad (as all of these Davids seem to be living lives that end in tragedy and failure).

I enjoyed the development in season one of the tragic love-story of Melanie and Oliver, and I was saddened by the twist at the end of season one when the Shadow King took control of Oliver.  Poor Oliver remains under the Shadow King’s thumb for the entirety of this season, which made me sad because I was rooting for him and Melanie to be reunited.  On the other hand, the scenes between Farouk and Oliver were delightful.  It was also interesting to see Melanie — the confident leader of the Summerland mutants in season one — totally undone by Oliver’s loss.  Jean Smart was terrific in depicting Melanie’s breakdown.

I enjoyed the storyline, early in the season, in which Kerry was trapped outside of Cary.  I love those two characters, and I was sad this story got sort of dropped in the back half of the season.

The third episode, in which David had to rescue his comrades from the fantasies in which they were trapped, was a fascinating look inside these characters.  If Legion has a flaw, it’s that character development is often secondary to the overall weirdness and focus on crazy imagery.  But it was terrific to get this peek inside the characters.  Even better was episode four, which was a heartbreaking focus on Syd and her backstory.  This was the standout of the season for me.  It’s tragic to discover that Syd’s discomfort of being touched was present since birth; and the episode doesn’t pull its punches in showing us the hard knocks she suffered, and the questionable actions she’s taken, in the years since.

The depiction of the death of Amy Haller, with her body transformed into a new physical body for Lenny, was one of the more horrifying moments of the season.  I’ve really enjoyed Katie Aselton’s performance as Amy, and I wish we’d gotten to see more of her both in season one and now in season two.  (I’m hoping for a happier ending for Amy in season three… we’ll see…)

Speaking of underwritten characters, the death of Ptonomy and his rebirth inside Fukayama’s computer was an interesting twist, but not as emotionally wrenching as it could have been because we never really got to know Ptonomy that well.  (I will say that I’m impressed with the show’s willingness to do crazy things to its main characters, and even to knock some of them off the board.)

The whole season-long business of hunt for Farouk’s body felt like a bit of a waste of time to me.  Why would the presence of his original physical body make Farouk MORE powerful as a psychic?  And I was left confused as to exactly how and why Farouk abandoned that body in the first place, and why the monks kept it instead of destroying it long ago.

I liked the character of Clark (the man burned by David) in season one, and I enjoyed seeing him as more of a regular in season two.  Though I missed seeing his husband, who was introduced at the end of season one!  I loved that revelation that Clark was gay, and I wish we’d seen more of his relationship with his husband in season two.

Season two was eleven episodes long as opposed to the eight of season one, and I certainly enjoyed the extra time in this world.  There were aspects of season two’s dizzyingly complex storytelling and bizarre twists and turns that left me confused, and there were times I wanted the show to dig deeper into the supporting cast beyond David, Sid, Lenny, and Farouk.  But despite that I thoroughly enjoyed this consistently brilliant and inventive and weird TV show, unlike any other TV show I have ever seen.

I know season three, the show’s final season, has already aired.  It’s waiting for me on my DVR and I can’t wait to dive in!!