Skip to the content
HomeWritten PostHow to Start Watching (And Fall in Love with) Star Trek — Part Two! 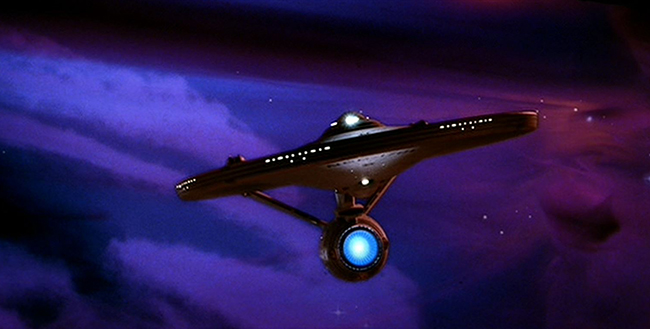 How to Start Watching (And Fall in Love with) Star Trek — Part Two!

Yesterday I posted part one of this, possibly (probably!) the most important blog series I will ever write!  It’s my guide to how to start watching (and fall in love with) Star Trek!

Yesterday I suggested that a newbie begin by watching a select group of episodes from the Original Series.  I listed fifteen stand-out episodes.  My general recommendation is to move on to the movies at that point… but for anyone who’s really digging the Original Series, I also listed about 20 more episodes that you could watch and enjoy before diving into the film series.

(Interlude: But what about The Animated Series?  Many people don’t know this exists, but from 1973-74, twenty-two episodes were made of a half-hour, animated version of Star Trek!  The animation was done on the cheap, but the series was overseen by talented Original Series Trek writer D.C. Fontana, and many other key Original Series people were involved behind the scenes.  In my opinion, this is absolutely canonical Trek.  It’s aimed for kids, but there are still a number of very watchable episodes in the mix.  For newbies, I recommend skipping this and moving straight on to the films, but its something you might want to revisit at some point.  If you want to watch just one episode to get a taste for the series, I’d recommend “Yesteryear,” which in my mind is the clear stand-out of the series.)

And now, on to the original six Star Trek films! 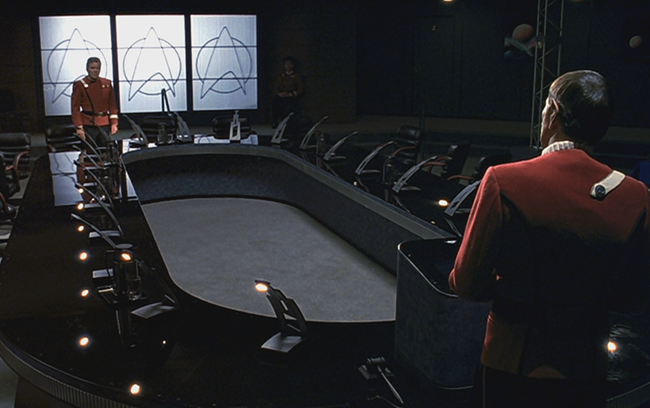 For a newbie, my advice is to skip Star Trek: The Motion Picture.  This is somewhat painful for me, because I have a lot of love in my heart for this film.  There is a lot that is interesting and enjoyable in this film, but there’s no question that it’s a misfire.  The tone is off.  It’s a very cerebral, intellectual story — which I like, actually, but it’s missing the warmth that Trek should have, and large chunks of it are, let’s admit it, boring.  TMP, made in 1979, was far more influenced by 2001: A Space Odyssey than by Star Wars.  Actually, I love the boldness of that very unusual choice, but it results in a film that is somewhat unsatisfying and, for long stretches, dull.  The visuals shift between amazing (I love the redesign of the Enterprise, with the story reason being that the ship was refitted following the conclusion of the five-year mission — the refit Enterprise is my favorite spaceship design of all time; how’s that for a bold statement!!) and terrible (whoa boy are the new uniforms horrific).

(If you do watch TMP, the best version is the Director’s Edition, made in 2001.  This was one of the first great DVD-release director’s cuts, and still one of the best.  TMP was famously rushed into theaters unfinished, to meet the pre-sold release date. The edit was wobbly (with many scenes running too long), certain visual effects sequences were unfinished and so dropped from the film, the sound mix was never properly completed; and so on.  For the Director’s Edition, TMP director Robert Wise connected with an amazing crew of editors and CGI artists to tweak the film.  This director’s cut is actually shorter than the theatrical release, even though they added scenes back in, because they tightened up the pacing of the film, much to the movie’s benefit.  They also added in some cool new visual effects sequences to clarify a few story points.  The new effects are great and — unlike the Star Wars special editions — carefully designed to match the original footage and effects.  The only problem is that Paramount, in a cost-saving measure, only completed this project in SD for DVD.  So as of now, it’s only available in SD not HD, which drives me bonkers.  Despite that, this is unquestionably the best version of the film.)

But my general recommendation is that newbies jump right into Star Trek II: The Wrath of Khan.  Don’t worry, there’s no critical information in Star Trek: The Motion Picture that you need to know to understand this film.  Just know that Star Trek II is set about a decade after the end of the Original Series.  (Although TMP was made a decade after the original show was cancelled, it’s only set about 2-3 years later.  Star Trek II was made only a few years after TMP, but they wisely worked in about an approx. 10-year gap in the timeline, to catch up with the age of the actors.)  Star Trek II is, I think, extraordinary.  I don’t want to oversell it, but in my mind it’s near-perfect Star Trek.  The story is thrilling, with incredible action, but it’s all based in character the way the best Trek is.  ILM did the visual effects, and they are amazing.  There’s one or two bad shots in there, but for the most part, the visuals hold up extraordinarily well for a film made on a tiny budget back in 1982.  The climactic space-battle (in the Mutara Nebula) is one of my favorite space battles ever.  It’s the total opposite of Star Wars battles — these aren’t dogfights, these starships are huge submarines going at it — but I love it so much.  Writer/director Nicholas Meyer understood Star Trek perfectly, and he distilled everything great from the series into this extraordinarily rich, exciting, moving two-hour adventure.  I adore this film.  It’s one of my favorite films of all-time, of any genre.

Star Trek V is a big misfire, and I’d recommend skipping it. It’s a completely stand-alone story, so you won’t miss anything important by doing so.

So, at that point, you should go ahead and skip right to Star Trek VI: The Undiscovered Country.  Star Trek VI is fantastic; it’s a beautiful conclusion to the story of the Original Series cast.  The film does something incredibly rare in pop culture: it brings a long-running franchise to a definitive and completely satisfying end.  At the same time as the film completes the story of Kirk & co., it’s also designed to connect to the first live-action spin-off show, Star Trek: The Next Generation, in a number of subtle ways.  Next Gen launched between Star Trek IV and V, so it was already in its fifth season when Star Trek VI came out.  But my recommendation to a newbie is that you watch Star Trek VI now, before starting Next Gen.  I am confident you can watch and enjoy it without having seen any of Next Gen.  (That spin-off show is set 80 years after The Original Series, so it takes place long after the events of this film.)  You could consider holding off on watching Star Trek VI until after you’ve seen some of Next Gen, but I think the film is best enjoyed as a grand finale to the Original Series story, and if/when you watch The Next Generation, the connections will retroactively become clear to you.

I suspect that, at this point, you will be pretty hooked on Star Trek…!

What’s next?  Time to dive into Star Trek: The Next Generation.  I grew up on Next Gen (often referred to by fans as TNG), and there was a time I thought it was the greatest Trek series ever.  (These days I believe that honor goes to Deep Space Nine… but we’ll get to that soon!)  Next Gen is terrific, and I’ll be back tomorrow with my guide for how to watch the series, skipping over the weaker episodes to get to the great stuff as soon as possible.  See you then!

Click below to discover my complete blog series, describing how best to start watching (and fall in love with) Star Trek!

Part One: The Original Series

Part Three: The Next Generation

Part Five: Where to Go Next