Skip to the content
HomeWritten PostJosh Reviews the Animated Adaptation of Batman: Hush 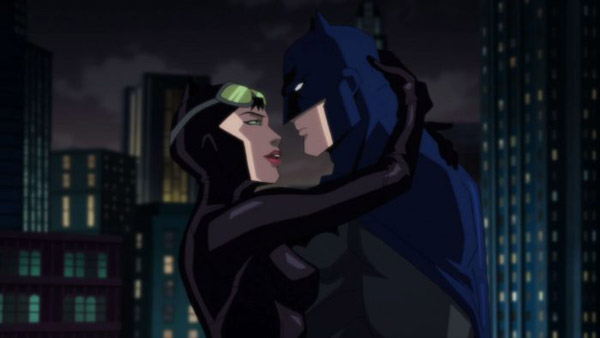 Back in 2003, Jeph Loeb and Jim Lee produced a twelve episode story in DC’s Batman comic book called “Hush” that was a year-long mystery, introducing a new villain to the Batman pantheon.  The story was a big hit with fans and has remained one of the memorable Batman tales from the last few decades.  The latest DC Animated film, Batman: Hush, is an adaptation of that story.

It’s rather good!  This is one of the stronger DC animated films from the past few years.  I’m particularly pleased because I’m not a huge fan of the source material.  I think the original twelve-issue story was a fun tour through Batman’s rogues gallery; I like the idea of introducing new characters into the Batman rogues gallery; and Jim Lee’s art is amazing.  But I don’t think the mystery was that effective, and I thought the story was way too drawn out at twelve issues in length.

This animated adaptation has nicely condensed things, creating a story that zips along at a nice pace.  They’ve done a solid job of adapting most of the most memorable beats from the original story, while making changes to make the tale work in the continuity of these DC animated films.  (I enjoyed seeing the references they slipped in to other recent films in this continuity, from Lex Luthor mentioning the attack of Cyborg Superman to seeing Bruce talking to Damian on the car phone.)

It’s fun how many characters they have squeezed into the film.  We get to see many of Batman’s famous villains, just like in the original story.  We also get some brief but nice scenes with other characters from across the DC universe, such as Nightwing, Lady Shiva, and Lois Lane.

As I have commented before, I don’t like the character designs they’re using in these recent DC animated films; I think they’re bulky and awkward looking (the faces especially).  That being said, the animation in this film is very solid.  The fights in particular are very strong.  There are some great moments in the fight with Bane, and the Batman versus Superman fight is terrific.  Jim Lee’s artwork from the original comic book issues is so iconic; I was hoping they’d have adapted the style of animation to reflect a little more of Jim Lee’s original art.  That didn’t happen, but they did work in a few of the most famous images from the original series, such as the iconic image of Batman and Catwoman kissing under the full moon.

The voice cast is a mixed bag.  I’m still not sold on the voice they’ve been using for Commissioner Gordon, and I continue to think that Rainn Wilson is very miscast as Lex Luthor.  On the other hand, Jennifer Morrison is fantastic as Catowman.  The voice they’ve been using recently for Alfred, James Garrett, is solid, and I was glad they used Vanessa Williams again as Walker, she’s terrific.

The original story Hush introduced the character of Bruce Wayne’s childhood friend Tommy Elliot.  Tommy was included in this adaptation, but they skipped over the flashbacks that were a big part of the original comic book story.  I missed those flashbacks, because without them, we didn’t really get to know Tommy as a character here.

They made the very interesting choice to change Hush’s identity in this adaptation from what it was revealed to be in the original.  I like that they wanted to try to make this revelation a surprise to fans who knew the original story.  I’m not sure their choice works much better than the original (which I also found somewhat unsatisfactory), but I support the idea of making this change in order to keep this film surprising and interesting.

One change that I thought did work very well was how they made Catwoman more a part of the story.  The original story from the comics was notable for rekindling the idea of a Batman-Catwoman romance, though that basically only played out in one of the twelve issues of the story.  Here, they’ve made Catwoman an important supporting character throughout, and it works very well.  (It also dovetails nicely with how the Batman-Catwoman romance has been a big part of the Batman comic book for the past year or so.)  The post-you-know-what scene between Bruce and Selina was very well done, and her entrance into the Batcave was even better.  The scenes were funny and sweet.  Best of all, the end of the film gave a much better resolution to the romance than the comics ever did.  We know that they’re not ultimately going to end up together.  The film gives the characters a satisfying reason to split.  Most interestingly, I think Catwoman might be in the right, and Bruce in the wrong!  I like that sophistication to the storytelling.

* Catwoman’s cat is named Eartha?  (As in, Eartha Kitt, who played Catowman on the sixties TV show!)  Nice!

* It was nice to see Batman back in his classic colors in the second half of the film.

* The most iconic moment from the original comics that wasn’t included in the film was the return of the long-dead Jason Todd.  That was a hugely memorable moment in the comics, though ultimately it went nowhere.  (That was one of many “twists” from the original story that I found unsatisfying.  But the issue-ending appearance of a resurrected Jason was a huge, and very memorable, surprise.  Interestingly, it wasn’t long after Jason’s appearance in Hush that the character actually was brought back to life in the comics, in Judd Winick’s famous Under the Hood storyline from 2004-5.)  Because the appearance of Jason wound up being a red herring in the original Hush story, I’m not surprised they didn’t include it here.  Still, a part of me missed that shock moment.

* I thought the film’s score, by Frederik Wiedmann, was terrific.

Batman: Hush was one of the stronger DC animated films in recent years!  I quite enjoyed it.