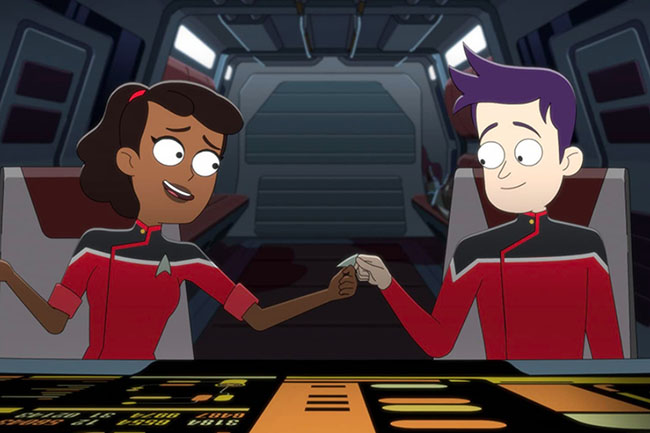 Star Trek: Lower Decks is the second Star Trek animated show (the first was Star Trek: The Animated Series, which aired in 1973-74) and the first Trek comedy.  The series focuses on four low-ranked crew-people on a Federation Starship, the U.S.S. Ceritos, during the era of Star Trek: