Skip to the content
HomeNewsThe Director’s Edition of Star Trek: The Motion Picture is coming to 4K! 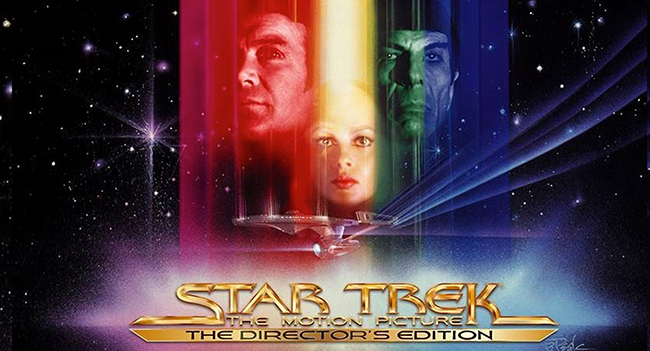 The Director’s Edition of Star Trek: The Motion Picture is coming to 4K!

At long last, Paramount has FINALLY greenlit the process needed to restore and update the Director’s Edition of Star Trek: The Motion Picture into 4K!  Click here for more info!

Star Trek: The Motion Picture was famously produced on an incredibly rushed schedule, because Paramount had committed to a release date (and would have had to pay a huge financial penalty to theaters if they failed to provide the film by the agreed-upon date).  As a result, director Robert Wise did not have the time required to properly complete the film.  He did not have the time needed to polish the edit, nor to complete the sound mix.  I am not the hugest fan of The Motion Picture (I far prefer the tone and style of Star Trek II: The Wrath of Khan), and there are plenty of flaws baked into the movie (the dreadful pastel costumes, for one).  But there’s no question that this rushed production is to blame for many of the film’s flaws — most particularly the way I feel the pace sags dramatically in the middle of the movie, once the Enterprise actually encounters V’Ger.

(Like many Trek fans, I grew up watching a VHS recording of the ABC TV extended cut of the film, which incorporated many deleted scenes back into the film.  That version is fun, but it’s even more of a mess than the theatrical version.  It’s cool to see many scenes that were left out of the theatrical version.  But several of those unfinished scenes contain obviously unfinished special effects — you can clearly see the scaffolding at the edge of the set, for instance, in shots of Kirk donning a space-suit to go after Spock — and the pacing is even more sluggish than the theatrical edition.)

Back in 1999, David C. Fein and Michael Matessino contacted Robert Wise, and then Paramount, and proposed the creation of a true Director’s Edition of Star Trek: The Motion Picture. The result was one of the first truly great director’s cuts of the early DVD age, as Star Trek: The Motion Picture The Director’s Edition was released on DVD in 2001.  The team worked with Robert Wise to properly incorporate some of the great scenes from the ABC TV extended cut, while also trimming footage and scenes throughout the film in order to tighten up the pacing.  Visual Effects Supervisor Darren Dochterman and Foundation Imaging created a number of new VFX shots — meticulously designed to match the original visual effects work from 1979 — that expanded the film’s scope, corrected production errors, and better clarified certain story points.  (Highlights for me include a far better depiction of Vulcan than the silly sci-fi pulpy version from the original film, as well as getting to actually see the true shape of V’Ger in the film’s finale.)

I adore the Director’s Edition of The Motion Picture.  I still find the film to be deeply flawed, and a little dull in places.  It will never come close to being my favorite Star Trek film.  But The Director’s Edition is by FAR the best version of the film that has ever existed, and easily the most enjoyably watchable.  This version elevates the film to the serious sci-fi epic it always wanted to be.  It’s the only version of the film I ever want to watch, moving forward.

Unfortunately, to save money, Paramount only approved the completion of this Director’s Edition in Standard Definition.  Sigh.  A classic case of penny-wise and pound-foolish, if you ask me.  As a result, the film has never been available to watch in HD.  All subsequent blu-ray releases of the film — as well as what has been available over streaming — have been of the original Theatrical Cut.  I still have my original DVD of the Director’s Edition, but watched on a modern TV it looks fuzzy and low-rez.  I’ve been waiting and hoping for years that Paramount would finally spend the money they should have spent two decades ago to properly complete this film in High Definition.  (Obviously, it will cost more with each passing year than it would have back in 2001.)

And now, finally, it’s happening!  The original team of David C. Fein, Michael Matessino, and Darren Dochterman (sadly, Robert Wise passed away in 2005) are reuniting to restore and complete the film for a 4K release on Paramount+ in 6-8 months.  I sincerely hope an actual physical media 4K disc release will follow.  (I’m a little nervous that an actual 4K disc release wasn’t announced, but for now I’m focusing on the positive!)

I am so glad Paramount is finally giving this film the respect and release it deserves.  I can’t wait to watch the 4K version!

You can read more about the history of Star Trek: The Motion Picture here, on one of my favorite websites, The Digital Bits.  And click here for a fascinating discussion of the creation of the Director’s Edition on the Inglorious Treksperts podcast.