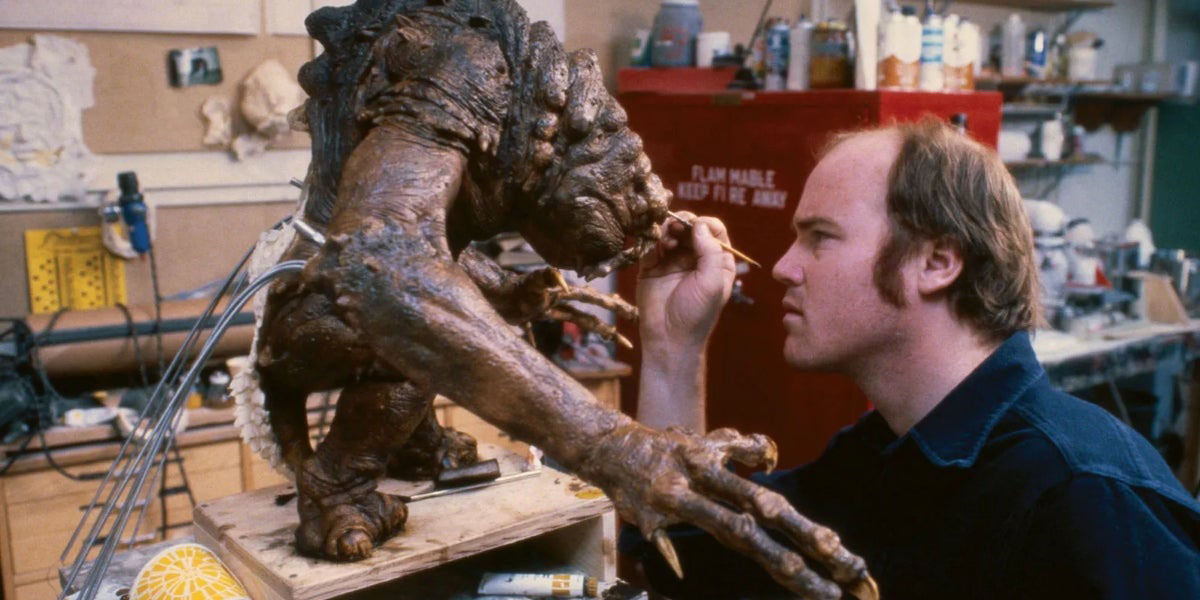 Light & Magic is a spectacular six-episode documentary series on Disney+, tracing the origins and development of Industrial Light and Magic, surely one of the greatest special effects company of all time.

I am a sucker for behind-the-scenes documentaries on the making of movies, not to mention the fact that I have always been fascinated by visual effects… and, of course, I also love Star Wars.  So I was a pretty easy mark for this show!

But even with all that, I was impressed by how well-put together this series was.  Perhaps I shouldn’t be surprised, as it’s directed by Lawrence Kasdan, one of the all-time great movie directors (who also directed The Empire Strikes Back, the very best Star Wars film in my humble and correct opinion).

Industrial Light and Magic came into being when George Lucas realized he needed to create his own company in order to bring his plans for Star Wars to reality.  No existing company could do what was needed, so Mr. Lucas assembled an incredible team of visionaries and artists, most of whom were very young, to create the visual effects for Star Wars.  After work on that film was completed, there was no guarantee this group would continue.  And, indeed, there was some dispersing and fracturing of the team of wunderkinds in the days after Star Wars.  But many of the key people remained with the company, and ILM continued… first to help create Mr. Lucas’ Star Wars sequels (starting with The Empire Strikes Back), and then eventually to work with many other filmmakers.  If you think about the very best visual effects films of the last half-century, odds are ILM worked on them: all of the Star Wars sequels, of course, many of the Star Trek films, the Indiana Jones films (and pretty much every other movie Steven Spielberg has ever made, most notably Jurassic Park), Willow, Back to the Future, The Abyss, T2: Judgment Day, Forrest Gump, Jumanji, The Mummy,  Mission: Impossible… and so many, many more.

This documentary series is endlessly fascinating.  It’s gloriously in-depth, digging deep into the stories and history of ILM and so many of the people who worked there over the years.  At the same time, Mr. Kasdan is able to, with great skill, always keep the pace jaunty and the momentum moving.  I could imagine a version of this that is dry and boring.  I could imagine a version that was either so superficial that it felt like an EPK puff piece, or a version that was too taken with all the technical details so as to be impenetrable to the average viewer.  (Lord knows I’ve seen visual effects documentaries on various DVDs/blu-rays over the years that fit into both categories.)  But Mr. Kasdan and his team have threaded the needle to create a series that I think anyone could enjoy… and I know that I, as someone who is interested in all of the topics the series covered, absolutely loved.

I’m pretty knowledgeable about the history of ILM and the many movies whose production is chronicled in this series.  I have two fantastic ILM coffee-table-books on my shelves (the superlative Industrial Light & Magic: Into the Digital Realm, by Mark Cotta Vaz, and also Industrial Light & Magic: The Art of innovation, by Pamela Glintenkamp), as well as several of the extraordinary Making of Star Wars books by the late, great J.W. Rinzler.  And believe you me, I’ve watched a lot of behind-the-scenes material on so many of these movies over the years.  And yet, I was continually delighted and impressed by how much in this series was new to me.  The series is packed with the recollections of so many of the people who were there at the time… as well as incredible photos and footage of the behind-the-scenes productions of these films.

I loved Mr. Kasdan’s choice to focus not just on the many amazing films that ILM has worked on over the decades, but also to explore the stories of so many of the important people who made ILM what it was (and still is today).  That was a great approach.

My only complaint about the series is the last episode, which covers multiple decades and was too superficial to suit me.  I guess they felt the focus should be on ILM’s early years and that, once the digital revolution happened (with Jurassic Park being a world-changing event in the industry), they could wrap things up in a final episode that’s more of a survey of the last several decades of the company and the movies they’ve worked on.  That was a bummer to me.  I wanted more!  I’d love to see a follow-up second season that explores the last two decades of ILM’s history, and the many incredible movies they’ve worked on, in more detail.

It’s a testament to how great this series is that my major complaint is that I wanted more!  I loved watching this.