Skip to the content
HomeWritten PostThe Top 10 Episodes of TV of 2013 — Part Two! 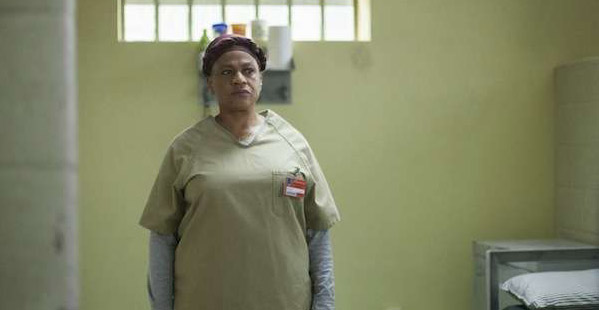 5. Orange is the New Black: “Imaginary Enemies” (season 1, episode 4, released on Netflix on 7/11/13) — Piper Chapman has a new roommate in prison, Miss Claudette, and the stern Claudette is not happy that Crazy Eyes has just peed on their floor (at the end of episode three).  Chapman attempts to adjust to her new living situation at the same time as she does her best to fit in at her new work assignment in the electrical shop.  But when she foolishly leaves the shop with a screwdriver still in her sweatshirt pocket, she sets off a prison-wide incident as the guards search frantically for the potential-weapon that is unaccounted for.  In flashbacks, we see a glimpse of Claudette’s life, from her childhood up to the incident that landed her in prison.  The present-day stuff with Chapman is great, and we get some tense drama (as Chapman wonders how the heck she is going to be able to get rid of the screwdriver without anyone knowing that she took it) and also some nutty comedy.  But it’s Miss Claudette’s sad story that made this one of the most heartbreaking episodes of the first season.  (Click here for my review of Orange is the New Black season one.)

4. Game of Thrones: “The Rains of Castamere” (season 3, episode 9, aired on 6/2/13) — Game of Thrones has shocked me before (most notably with the death of you-know-who in the penultimate episode of season one), but I was dumbstruck by the craziness that went down at the climax of this episode.  I managed to get to the Red Wedding without being at all spoiled for what was going to go down, so the events of this episode were a huge shock to me.  But while the shocking death in season one made me fall in love with the show, the brutal killing-off of numerous beloved main characters in this episode made me deeply angry.  Which was of course the point.  This episode HURT, so much so that I am not at all eager to ever watch this episode again.  Just thinking about it makes me deeply angry.  That George R.R. Martin and show-runners David Benioff & D. B. Weiss could affect me so deeply with the goings-on in their fantasy show is a mark of how extraordinary this series is.  My ultimate feelings about the Red Wedding will be determined by where the show goes from here, and whether I will find in season four new characters to love and root for.  For now, I just tip my cap in awe of the phenomenal filmmaking on display.  This show is incredible, there is really nothing else like it on TV.  (Click here for my review of Game of Thrones season three.) 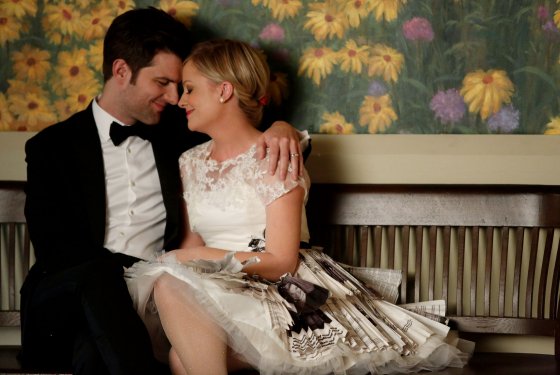 3. Parks and Recreation: “Leslie and Ben” (season 5, episode  14, aired on 2/21/13) — I listed three series finales in part one of this list, and now we arrive at an episode that was written to be a series finale, though NBC wound up ordering additional episodes and continuing the series.  (This is about the twelfth time this has happened to Parks and Rec.)  I am of course delighted that “Leslie and Ben” was not the end of this fantastic series, but had it been a series finale, it would have been a lovely finish.  Leslie and Ben get married and almost everyone gets a great moment in which their individual stories reach a nice resolution.  I love the moment when Chris gives Ben a framed copy of the letter that brought them to Pawnee.  (Chris to Ben: “I promised myself I was not going to cry tonight… and I’ve already broken that promise five times.”)  It’s funny, Chris and Ben didn’t enter the show until the end of season two, but they both became central, indelible members of the ensemble, so much so that now I can’t imagine the show without them.  Ron F–in’ Swanson gets a tender moment with Leslie and, of course, he gets to punch out Councilman Jamm.  Donna sings as Leslie walks down the aisle, Tom & Jerry co-officiate the ceremony (Tom to the couple: “I assume… and hope… you’ve prepared your own vows?”), and the moment of truth itself is suitably sweet and funny (I love the gang’s expressions of horror, then relief, when they learn of Leslie’s 70-page draft of her wedding vows, which fortunately she didn’t have with her).  With call-backs to Lil’ Sebastian and DJ Roomba and all sorts of other silliness (including Leslie’s beloved waffles being served after the ceremony), this was a terrific episode of a terrific series.  (And was there ever a better post-credits stinger than Ron explaining how he made Leslie’s wedding ring??  “Any moron with a crucible, an acetylene torch, and a cast-iron waffle-maker could’ve done the same.”) 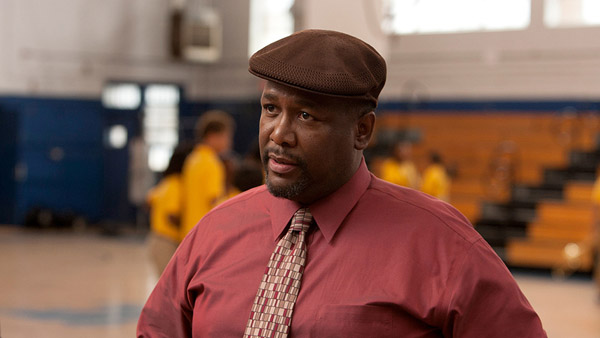 2. Treme: “…To Miss New Orleans” (season 4, episode 5, aired on 12/29/13) — Barely squeaking in before the end of the year comes the FOURTH series finale on this list (and that’s not even counting the almost-series finale of Parks and Rec that I just finished discussing) — boy, quite a lot of TV shows that I loved met their end in 2013!  (Making my Top 10 Episodes of TV list for 2014 might be a bit of a challenge for me…!)  Of all of these shows that are no more, the one I will miss the most is Treme.  As much as I loved, and am thankful for, every single second of this show that we got in its three-and-a-half seasons, I wish it was continuing for ten seasons more.  I loved this show, and I loved each and every one of its huge cast of characters.  Thankfully, HBO gave David Simon & Eric Overmyer a chance to wrap up the show, and this final episode brought the series to a wonderfully rich conclusion.  I loved how many familiar faces that we hadn’t seen much of recently were brought back for this final episode (Sofia, Jacques, Sonny & Linh, Nelson Hidalgo’s partner Robinette, crusading reporter L. P. Everett, Delmond’s nice manager James, Annie’s obnoxious manager Marvin, and more).  This episode was filled with all the drama, humor, and, of course, amazing music that always characterized this show.  Most importantly, I was pleased by how well this finale gave time and attention to all of the series’ many, many main characters, and in the end I was very pleased by the wrap-up given to each of these characters that I loved so much.  There’s a cynicism to be found in Treme not surprising to fans of The Wire (David Simons’ previous masterpiece) — my wife thought for sure that Davis’ pothole would have been fixed in the end, but I was confident that would not be the case — but what I love about Treme is how joy-filled and hopeful a show it always was, at the same time.  This finale brought Treme to a magnificent conclusion.  I will miss this show deeply.  (Click here for my review of Treme season four.)

1.  The Daily Show — It’s become a tradition for me to cheat and list, not a single episode, but the entirety of Jon Stewart and his brilliant team of writers (not to mention the Best F–in’ News Team on the Planet) in the number one spot on this list.  Maybe some-day either the quality of The Daily Show will suffer, or Jon Stewart will call it quits, but for now, The Daily Show is what made me laugh the hardest all year long, and it’s what gives me hope that even in this crazy world of ours, maybe some-day reasonable minds will prevail.  Here are a few highlights of The Daily Show from 2013: