Skip to the content
HomeWritten PostJosh Reviews the CW’s Crisis on Infinite Earths! 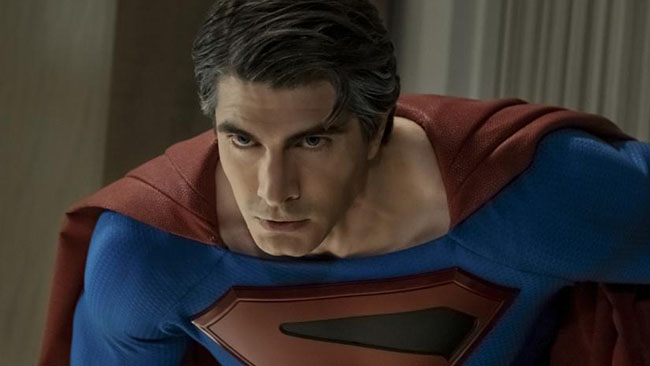 I have not previously watched even a single second of any of the CW’s many DC Universe (“Arrowverse”) shows.  But after reading for months about their Crisis on Infinite Earths crossover mini-series, I just couldn’t stay away.  The CW’s Crisis is a five-episode crossover between their DC shows Arrow, The Flash, Supergirl, Legends of Tomorrow, and Batwoman, based of course on the twelve-issue mini-series from 1985-1986, written by Marc Wolfman and pencilled by George Pérez.  The first three episodes of the CW’s Crisis crossover aired this past week, with parts four and five coming in January.  I had a lot of fun watching this!

The coolest aspect of this crossover — and what made it a must-watch for me — was that this Crisis crossover was more expansive than just an assembling of characters from the CW’s shows.  I read an interview with the show’s creators in which they spoke of wanting their Crisis on Infinite Earths to be more than just Crisis on the CW shows.  I was super excited to read that actors from a variety of other film and TV versions of the DC heroes would be involved in this crossover.  Watching this mini-series, I was impressed right from the get-go with how broadly they’d embraced that concept…

… Because only a few moments into the first episode, I almost fell off my couch when I saw Robert Wuhl, reprising his role as Alexander Knox from Tim Burton’s 1989 Batman film!  Holy shit!  What a fun and surprising moment!

The original Crisis on Infinite Earths comic book series was all about the concept of the “multiverse” — the idea that there are an infinite number of alternate realities, different versions of Earth and the DC characters.  In Crisis, the villainous Anti-Monitor set out to destroy the DC Multiverse.  From what I’ve read, these CW series had long-since leaned into the idea of a multiverse.  (Supergirl, for instance, takes place on an alternate universe than the setting of Arrow and Flash… and previous crossover episodes had already allowed these characters to cross universes and meet.)  Watching this crossover, it was fun to finally get a taste of the many great actors portraying DC characters from all of these CW series.  But the main draw, for me, was all of the fantastic connections to OTHER versions of these DC characters, and the opportunity to see so many actors from other TV series and films, stretching back years, who came back to reprise their characters for this crossover.

Let’s start with Kevin Conroy, who was the amazing voice of Bruce Wayne/Batman from Batman: The Animated Series and many subsequent DC animated shows and films.  Here in this crossover, for the very first time, Mr. Conroy actually got to play the role in live action!  He played an elderly version of Bruce here, one whose body has been mostly destroyed from his punishing decades fighting crime as Batman.  At first I thought Mr. Conroy was playing a live-action version of the elderly Bruce he’d played in Batman Beyond.  But it turns out this was a much darker Bruce than that one.  I loved watching Mr. Conroy get to play Bruce as himself on-screen.  I only wish the character didn’t go out with such a whimper in the end.

I am a little embarrassed to admit that I watched all ten (!) seasons of Smallville, so I was delighted to see Tom Welling and Erica Durance reprise their roles as Clark and Lois.  I loved their short sequence, in which the wholesome but still tough Clark easily defeats an alternate-universe version of Lex Luthor (Jon Cryer, who plays the role on Supergirl) who was there to kill him.  It was really sweet to see Clark and Lois get a happy ending.  (Also, it was fun to see Ms. Durance also play a second role — she’s previously played Supergirl’s Kryptonian mother Alura on that show, and she pops up as Alura briefly at the very start of the first episode.)

Speaking of characters playing two roles… I continue to be a champion of the vastly underrated Superman Returns, and it was delicious to see Brandon Routh — who also plays Ray Palmer (the Atom) on Legends of Tomorrow — reprise his role as Clark Kent/Superman here.  In a clever twist (since Mr. Routh is a good deal older than he was when he played Supes in Superman Returns), they had him appear as the older version of Superman from Kingdom Come, the magnificent comic-book series by Mark Waid and Alex Ross.  This Superman lost his Lois Lane when the Joker attacked the Daily Planet building.  I was a little surprised that this older Superman was portrayed in so upbeat a manner onscreen here (despite the grief he’d suffered), but nevertheless, Mr. Routh still makes a terrific Superman.  (I particularly liked how they created a Kingdom Come version of Mr. Routh’s Superman suit from Superman Returns.)

Those were the most exciting crossover moments for me, but don’t think I didn’t also get excited, say, seeing Burt Ward (who famously played Robin in the 1960’s Batman show)… and I thought it was amazing that they actually used a scene from the nineties Flash TV show as a way to show a “flashback” (since John Wesley Shipp, who played the Flash on that show, appeared here as an older version of his character).

I was also very surprised and happy with how the show’s soundtrack incorporated famous moments of DC music from these other shows/films.  It made me so happy to hear snippets of John Williams’ Superman: The Movie theme, Danny Elfman’s 1989 Batman movie theme, and also Mr. Elfman’s Batman: The Animated Series main theme!  That was very cool.

While I don’t think these episodes are going to hook me into watching any of the CW’s DC series, I quite liked all of the players.  I thought Ruby Rose’s Kate Kane/Batwoman was particularly terrific.

While this mini-series is telling it’s own story, it was a heck of a lot of fun to see certain iconography and moments from Crisis brought into the story.  It was cool to see the Monitor and Anti-Monitor, Harbinger and Pariah on-screen.  I particularly loved seeing the iconic look of the Monitor’s towers brought to life on-screen in the first episode.

I’m sure there is a ton of character stuff from the CW series that I didn’t appreciate, but as a newbie I found it very easy to watch these episodes and understand and enjoy them.

If these episodes have a flaw, it’s that at times I felt that, as great as the production values were, their reach occasionally exceeded their grasp in terms of depicting the universe-shattering scale and spectacle of these events.  Also, I didn’t always feel they landed the connections between the various different epic events we were witnessing.  For example, in the first episode we see a whole gaggle of super-heroes in a life-and-death struggle with the Anti-Monitor’s shadow creatures.  While I loved seeing that battle (a key part of the Crisis comic-book story) brought to life, we never learned what these creatures were, what they could/couldn’t do, or how the Anti-Monitor controlled them… and after that battle they vanish, and weirdly we never see them again.  Additionally, there’s a lot of drama surrounding the way the anti-matter wave destroys various planet Earths across the multiverse, but the visuals we see didn’t capture, for me, the idea of entire universes/realities being destroyed.  Also, since entire universes/realities are being destroyed, it’s weird that no one seems to care at all about any other planet or alien species, everyone seems to just care about the various Earths.  (To be fair, I think several of these critiques also apply to the original comic-book series…)

* He’s not named on-screen, but I enjoyed seeing Jonah Hex.  (If I’m not mistaken, that character and actor, Johnathon Schaech, had previously appeared on Legends of Tomorrow.)

* I never watched the short-lived Constantine show (which aired on NBC in 2014-15), but it’s very cool how Matt Ryan has continued to play the character on a variety of animated adventures, and he has a pivotal role in this story too!  I really like his version of Constantine.

* Cress Williams, who plays the titular character on Black Lightning (another CW superhero show, that had not previously been connected to these “Arrowverse” shows) is terrific in his scenes, having to step up and save the day after his universe has been destroyed.

* I was happy to see Will Wheaton (as a “the end is near” crazy civilian) and The Tick‘s Griffin Newman (as a bar trivia-night host) pop up as well!

* I don’t know anything about the backstory from Supergirl that led to this moment, but it was a very cool twist for the crisis to force Supergirl’s Superman and Lois Lane (played by Tyler Hoechlin and Elizabeth Tulloch) to have to send their young baby, Jonathan, away in a rocket to safety, just as Supes’ parents had to do for him.

I had a heck of a good time watching these three episodes, and I’m bummed to now have to wait a month for the concluding two episodes!  My hat is off to the talented men and women behind these shows.  Their ambition is extraordinary, and I applaud it.