Skip to the content
HomeBook ReviewsStar Trek: Death in Winter 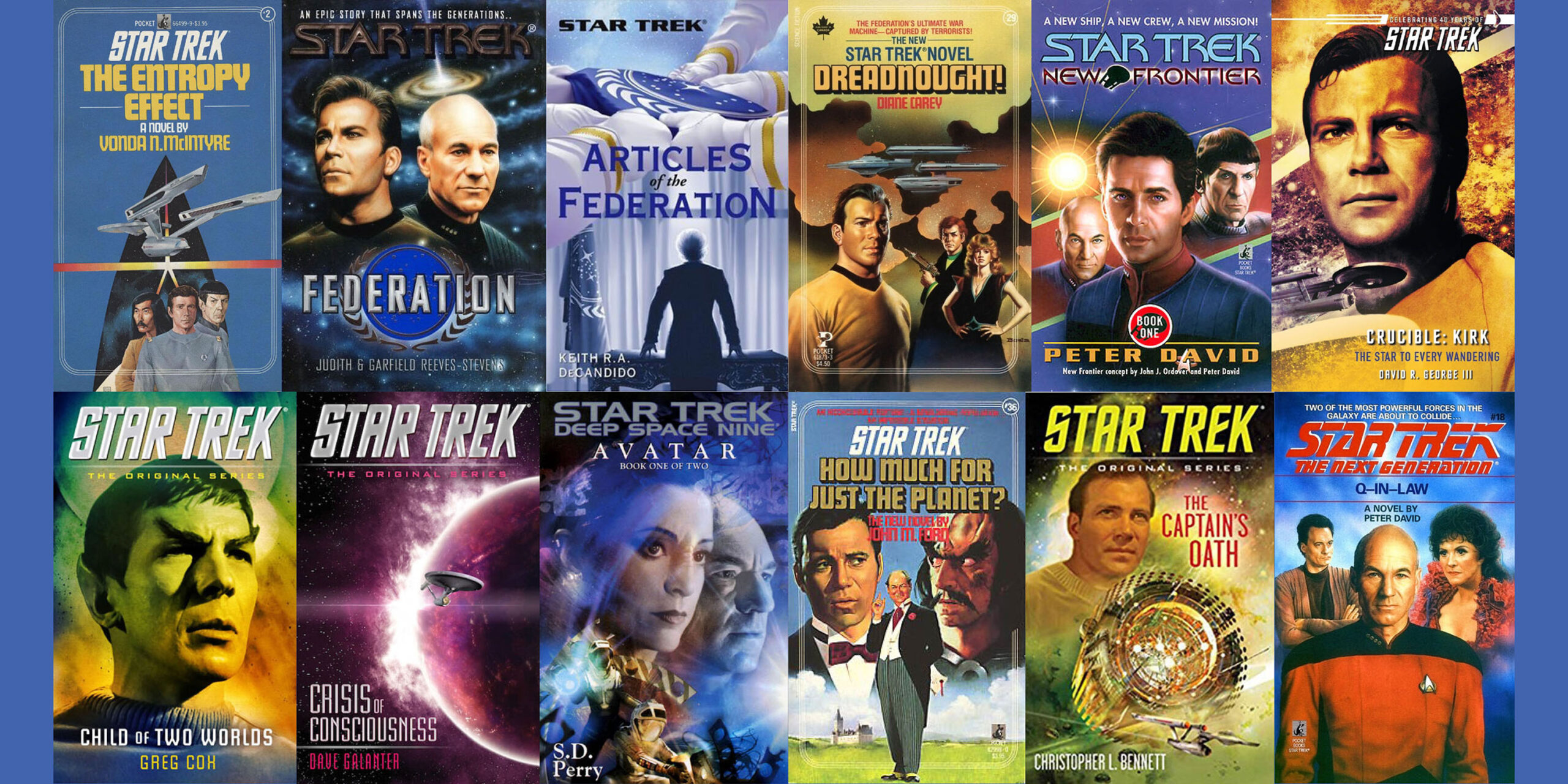 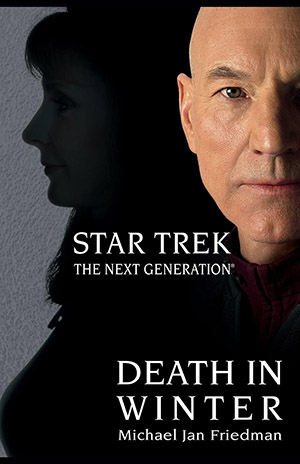 After reading the nine-book “A Time To…” series, which was set in the year prior to the events of Star Trek: Nemesis, the (very terrible) final TNG film, I decided to continue on and re-read one of Pocket Books’ first TNG novels set immediately AFTER the events of Nemesis: Michael Jan Friedman’s Death in Winter, which was originally published back in 2005.

While the Enterprise is in drydock, getting repaired after the terrible damage the ship suffered in the battle with Shinzon in Nemesis, Dr. Crusher has gotten started as the new head of Starfleet Medical.  Only a week later, however, she’s swept up in a secret mission to the Romulan-controlled planet of Kevratas, which is suffering from a terrible plague that Dr. Crusher had been involved with handling decades ago.  The Federation is hopeful that Dr. Crusher can help the Kevrata, which would be a humanitarian accomplishment and also help the Kevtarans to embrace the Federation and lift off the shackles of Romulan control.  But those hopes are dashed when Dr. Crusher is captured by the Roman Sela.  And so Captain Picard and several of his and Jack Crusher’s old colleagues from the Stargazer set off on a rescue mission… and Picard and Crusher will finally confront their long-submerged feelings for one another.

I didn’t at all like this book when I first read it.  The book was billed as being the story that would finally move the Picard-Crusher romance forward.  (Although their sexual tension was introduced right at the beginning of TNG, the show mostly ignored it after those early episodes.  And when the show did finally address their romantic interest in one another again, in the seventh series episode “Attached,” they STILL refused to develop any sort of actual romantic relationship between these two.)  But I was disappointed that in this book, this nothing actually happened between Picard and Crusher (who spend most of the novel separated) until the final pages.  So the book felt like all build-up but no payoff!  On top of that, I wasn’t that interested in all of the goings-on with Picard’s old Stargazer crew-members; I felt Worf and Geordi were ignored; and I have never found Sela to be an interesting or credible threat.  (She’s defeated here just as easily as she was in every on-screen TNG appearance.)

Re-reading this book now, though, I liked it a lot more than I originally did!

I really liked the look into Beverly’s past, especially the chapters of her as a young girl, which showed not only the start of her interest in medicine, but also her personal connection to the plague affecting the Kevratans.  (I also enjoyed seeing Beverly’s grandmother Felisa Howard, who was mentioned on a few TNG episodes.)  Dr. Crusher actually gets a nice spotlight in this book, something that didn’t happen enough on TNG, where many of the Dr. Crusher-focused episodes were weak in the extreme, such as when she got trapped in Wesley’s warp bubble or when she had sex with a green ghost (in “Sub Rosa,” one of the all-time worst TNG episodes).  I liked seeing how she kept her head after getting captured and imprisoned on Kevrata, and her efforts to escape and gain her freedom.  She comes off better than Picard does — Picard, as he did in the last few “A Time to…” novels, feels a bit cowardly and wishy-washy as he’s unable to admit his feelings for Crusher while at the same time being hurt by her departure from the Enterprise.

One of my favorite aspects of the novel is its exploration of the situation within the Romulan empire following Shinzon’s coup in Nemesis.  Mr. Friedman takes several Romulan characters from Nemesis (Tal’aura and Donatra), along with Romulans previously seen in TNG (Tomalak and Sela), introduces several new characters (Braeg, Suran), and brings them together in a fascinating story of the fracturing of the Roman Star Empire that will have repercussions through many of the Star Trek novels that followed.  I love the interstellar politics aspect of Star Trek stories, and it’s fascinating to see Mr. Friedman try to make sense of the mess of things left at the end of Nemesis.

Re-reading the book now, I also better understand that, at its heart, Death in Winter is a sequel to Mr. Friedman’s novel Reunion, from way back in 1991.  That novel developed a whole backstory for Picard and introduced a number of his former shipmates from the Stargazer.  Mr Jan Friedman would go on to write a multi-book Stargazer series that further developed that era and those characters.  I never read those follow-up Stargazer novels, and I haven’t read Reunion since 1991, so I think this novel would have worked far better for me had I done so.  As it stands, I didn’t care too much about these characters and what happened to them in this novel.  (And we spend a lot of pages in Death in Winter with those Stargazer characters.)  Re-reading the book, I was no longer bored/frustrated by the pages devoted to those characters (at the expense of Worf and Geordi, who have nothing of consequence to do in the book), the way I was the first time I read it.  But those sections still didn’t have the impact I suspect they would have had I been more familiar with those other Stargazer books.

And while I was disappointed by the abrupt ending of the book (as Picard and Crusher finally express their feelings for one another) the first time I read it, now — because I’ve read the many subsequent novels that further explore and develop this relationship — I can accept and enjoy Death in Winter for being the book that finally put these pieces in place (and enabled the post-Nemesis novels to actually change and develop the TNG characters, freed from the need to maintain them in a status quo).

I’m glad to have re-read this book and to have given it a second chance!

Star Trek – Unspoken Truth , Troublesome Minds, Cast No Shadow, Excelsior: Forged in Fire, Allegiance in Exile, Legacies Book 1: Captain to Captain, Legacies Book 2: Best Defense, Legacies Book 3: Purgatory’s Key, The Face of the Unknown, From History’s Shadow, Elusive Salvation, Assignment: Eternity, The Rings of Time, The Weight of Worlds, No Time Like the Past, Foul Deeds Will Rise, The Antares Maelstrom, The Shocks of Adversity, Crisis of Consciousness, The Latter Fire, Serpents in the Garden