5. Hail, Caesar! — I can’t believe how ignored this terrific Coen Brothers movie has been!  Set in Hollywood in the 1950′s, the film stars Josh Brolin as Eddie Mannix, a studio exec and “fixer” who is trying to locate his kidnapped star, Baird Whitlock (George Clooney), before news of the star’s disappearance can make it into the papers.  Baird’s kidnapping, by a group of disgruntled Communist screenwriters, is only one of the many fires that Mannix has to try to put out as he tries to keep his studio afloat and all of his in-production pictures running smoothly.  Hail, Caesar! is a very silly film, which is a difficult tone to hit, but the Coen Brothers make it look effortless.   The film mines a lot of humor gently skewering the art of making movies and the pomposity of Hollywood egos.  The fall-on-the-floor hysterical scene in which director Laurence Laurentz (Ralph Fiennes) — whose very name is a subtle gag running throughout the film — tries and fails to give a line reading to the dim-bulb cowboy actor Hobie Doyle (Alden Ehrenreich) could be the funniest single scene in any movie this year.  Josh Brolin is terrific as the serious man (see what I did there?) trying his best to wrangle all the Hollywood crazies surrounding him.  Tilda Swinton, Scarlett Johansson, Channing Tatum, Alison Pill, Wayne Knight, Jonah Hill, David Krumholtz, Fisher Stevens, Fred Melamed, Patrick Fischler, Robert Picardo, and even Christopher Lambert (the original Highlander himself!) are all so great in their appearances in the film.  While Hail, Caesar! might not be one of the greatest Coen Brothers films ever (of a caliber with The Big Lebowski, Miller’s Crossing, Fargo, or A Serious Man), it is still easily one of the best movies of 2016.  (Click here for my full review.) 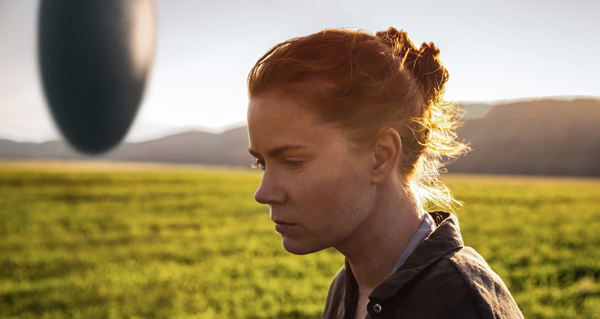 4. Arrival —  When twelve extraterrestrial spaceships appear in different locations around the globe, linguist Dr. Louise Banks (Amy Adams) is tasked with finding a way to communicate with the alien life-forms (huge creatures that the human scientists refer to as “heptapods”).  Arrival is a magnificent film, a gorgeous, original, cerebral sci-fi story.  The film has the visual splendor of a big-budget movie, but this is not an action-adventure film, rather this is an intelligent drama that is a fascinating exploration of language and communication.  I was enormously impressed by the way the film was able to take these difficult-to visualize concepts and bring them to glorious visual life.  The production design is incredible; I loved the very original look of the alien ships, the aliens themselves, and most particularly the aliens’ bizarre, circular-shaped written language.  The film is also deeply moving, with an ending that is heartwarming and heartbreaking in equal measure.  Arrival is a movie that unabashedly trumpets the importance of science and intelligence.  Even more than that, I love how, in the end, the movie turns out to be about the importance of working together, of communication, of listening to one another and putting aside our differences in pursuit of the greater good.  These are the values I like to see in my sci-fi, and in today’s world these values are more important than ever.  (Click here for my full review.) 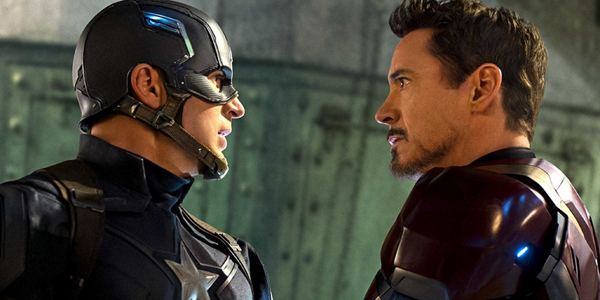 3. Captain America: Civil War — Civil War is the extraordinary culmination (to this point — there are plenty more Marvel movies to come) of the incredible, extraordinary experiment of Marvel Studio’s creation of an interconnected cinematic universe.  Civil War pays off story-lines and character arcs that have been building through the twelve (count ‘em, TWELVE) previous Marvel Studios movies ever since 2008′s Iron Man.  Civil War isn’t bogged down by the continuity baggage of being the thirteenth Marvel Studios movie.  In fact, it works so well exactly BECAUSE of that fact.  The collision point at which Steve Rogers and Tony Stark arrive in this film is powerful — and the results of that collision so devastating — because we have spent so many previous movies developing our affection for and engagement with these two characters.  We’ve seen their individual journeys and also their slow, grudging path to comradeship and friendship with one another.  And so now when we watch that friendship break, the accumulation of story-telling from across all of those previous films adds many powerful layers of resonance.  The film is epic in scope, filled to overflowing with almost every single Marvel character who has appeared in a Marvel movie to that point (save the Guardians of the Galaxy), while also introducing several new ones (the Black Panther and the reintroduction of Spider-Man, now miraculously returned from Sony and incorporated into the Marvel cinematic universe).  There have been so many super-hero sequels that have collapsed under the bloat of too many characters, and yet directors Joe & Anthony Russo, working from a script by Christopher Markus & Stephen McFeely, were able to deftly interweave all of these characters in a way that works amazingly well.  The huge mid-movie Avengers-versus-Avengers brawl in the airport is a master-class in this type of fantasy-adventure filmmaking.  The visual effects are phenomenal, but more importantly, every single character is given a chance to shine in a sequence that is fun and funny while also having real stakes for the characters.  This is a lot harder than it looks.  (Cough Batman v Superman cough.)  This is an amazing movie on every level, one that hit me exactly in my geek/nerd sweet-spot.  (Click here for my full review.) 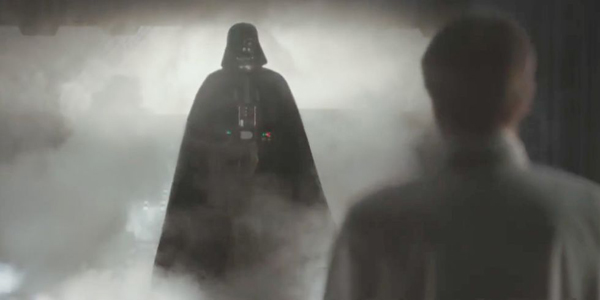 2. Rogue One — I knew right away after seeing Rogue One that this film would not be the universal crowd-pleaser that The Force Awakens was.  And yet I’ve been surprised by how divisive the film has been among Star Wars fans and movie-fans, with so many people taking issue with different aspects of the film (from the ending, to the CGI characters, to the development or lack thereof of specific characters, etc.).  I’m not sure what movie they were watching, because I thought Rogue One was about as close to perfect as a Star Wars film can get.  It is, to me, without question the best Star Wars film since the Original Trilogy and possibly the best Star Wars movie since 1980’s The Empire Strikes Back.  Rogue One is glorious, a rousing adventure story that packs a devastating emotional punch.  The film grapples with the realities of war and sacrifice in a way that none of the previous Star Wars films have.  The original adventures of Luke, Han, and Leia were something of a fairy tale, but Rogue One shows us the reality behind the fairy tale, the lives and losses of the men and women who struggled in the dirt to set the stage for Luke to save the day in A New Hope.  Rogue One is a prequel, but it nevertheless feels innovative and new (in contrast to The Force Awakens which climaxed with yet another attack on a Death Star-like super-weapon), with tons of wonderful new characters and new planets.  (I applaud the filmmakers’ decision to take the bold step of telling a Star Wars story without any Jedi characters.)  I love all of the new characters introduced in Rogue One.  Some of them are thinly sketched, but while there is plenty for fans to wonder and dream about, the film tells us everything we need to know about these characters (save perhaps Saw Gerrera), just like the original Star Wars did.  I loved the attention to detail paid in the film and the deep-cuts of so many of its references (with appearances by Mon Mothma, Bail Organa, Jan Dodonna, Grand Moff Tarkin, Red Leader and Gold Leader, etc.), and I loved the apparently-controversial approach of recreating some familiar characters using CGI.  I thought the visual effects were spectacular, and I loved that they did what made sense for the story (which is having those characters appear) rather than trying to find silly reasons for characters like Tarkin to NOT be involved in the story.  I adored the boldness of the grim ending, a very unusual choice for a Star Wars film but one that was the exact right choice for this particular story.  That final Vader scene was spectacular, and the film’s last line was perfect.  We’ll be getting many more new Star Wars films in the coming years, but Gareth Edwards’ Rogue One is now the one to beat.  (Click here for my full review.) 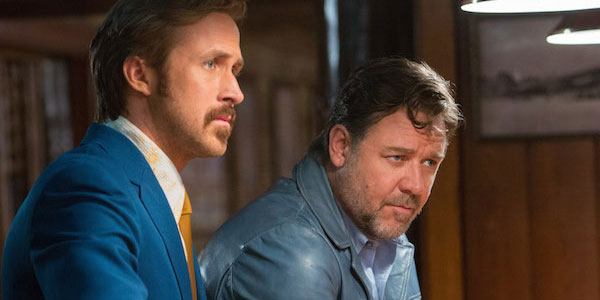 1. The Nice Guys — Writer/director Shane Black (responsible for Kiss Kiss Bang Bang, one of my very favorite films of all time) triumphs again with The Nice Guys, a spectacular work of grown-up filmmaking that is thrilling and ferociously funny.  In LA in 1977, a mostly-drunk private eye named Holland March (Ryan Gosling) is asking around for a girl named Amelia, who has hired a thug named Jackson Healy (Russell Crowe) to beat up Holland to get him off her trail.  And thus is a beautiful friendship formed.  March and Healy eventually wind up working together in an attempt to locate the now-truly-missing Amelia, while unraveling a bizarre multiple-murder case involving porn and politics and the automobile industry.  Shane Black has long proven himself as the master of the buddy comedy film, and in Holland and March he has delivered a wonderful new set of characters.  Both Mr. Gosling and Mr. Crowe are phenomenal, each perfectly cast and each moving out of their usual serious-dramatic personas to deliver some killer comedy.  I don’t believe I’ve ever seen either actor play a character quite like these two, and they are each so deliciously great.  The Nice Guys works because it is joyous fun watching Mr. Gosling and Mr. Crowe bounce off one another.  (Ryan Gosling has been getting a lot of acclaim for his role in La La Land, but while he was great in that film he was truly spectacular in this one.)  The Nice Guys is so funny, with Mr. Black’s amazing script filled with one great turn-of-phrase after another.  I was quite surprised by the film’s gloriously daring, bleak ending (that nonetheless had me laughing very, very hard) that gives a big middle finger to the usual sort of Hollywood movie ending.  The Nice Guys manages to be deeply cynical while also having a lot of heart.  I thought it was pretty much perfect.  (Click here for my full review.)

I hope you’ve enjoyed this look back at my favorite movies of 2016!  On Friday, I’ll begin my list of the Top Twenty Episodes of TV of 2016!  I hope to see you back here then!