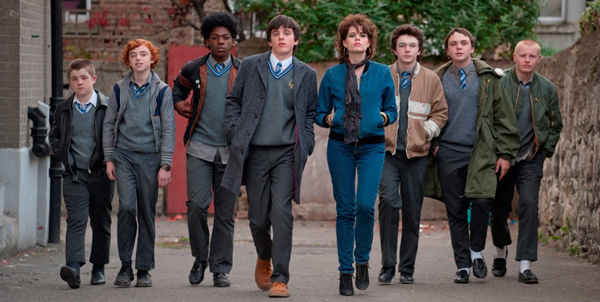 10. Sing Street — Writer/director John Carney, who wrote and directed the marvelous film Once (which was then made into a Broadway show) returns with another fantastically entertaining music-centered film.  Set in Dublin in 1985, the film tells the story of a lonely boy, Conor, whose getting-divorced parents have moved him into a free Catholic school.  To impress a girl, Raphina, who he meets, Conor tells her that he’s in a band, and asks her to appear in one of their music videos.  When she agrees, Conor must now actually form the band he claimed already existed!  What follows is a lovely coming-of-age story as Conor tries to figure out just who he is and what he wants to be, all the while struggling with a group of newfound musician friends to create music that is actually good.  The romance is sweet, and I adored the film’s focus on the relationship between Conor and his older brother, Brendan.  La La Land has gotten all the attention this year, and I really enjoyed that film, but Sing Street is, I think, the superior musical film.  The music is great, and all of the kids are wonderful and instantly lovable.  It’s hard not to fall in love with these kids and this small-scale story about growing up and creating art.  I certainly did. 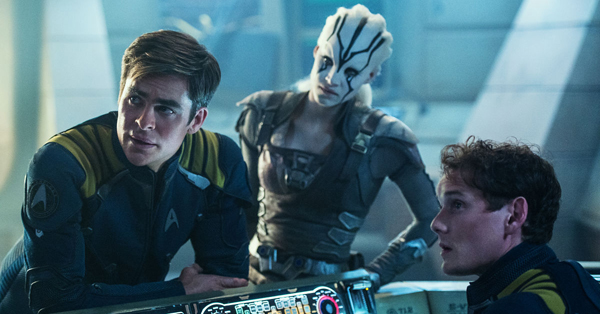 9. Star Trek Beyond — This rebooted Star Trek movie series (begun by J.J. Abrams who directed the first two films) hasn’t ever quite gelled into feeling like true Star Trek for me, but damn if Star Trek Beyond doesn’t come close.  Star Trek Beyond is not a perfect movie, but it is nevertheless a very entertaining new Star Trek adventure that is fun and exciting, with a strong focus on character and a firm grip on Gene Roddenberry’s optimistic vision of the future.  New Trek director Justin Lin, working from a script by Simon Pegg (who, of course, also plays Scotty in the film) and Doug Jung succeeded in crafting a terrific new Star Trek stand-alone adventure.  Set several years into the Enterprise’s five-year mission, Beyond was made to feel like a big-screen version of a classic Star Trek episode.  I love that approach, and there is a lot about Star Trek Beyond to enjoy.  It’s fun to get a brand-new story, set on a never-before-seen planet and with lots of never-before-seen aliens.  There’s a wonderful focus on the Enterprise crew, with every member of the ensemble getting fun stuff to do.  In particular, after two movies that emphasized the Kirk-Spock bond, I was delighted that Beyond explored the Spock-Bones relationship, one of the most central character relationships from the Original Series.  The new character Jaylah, played by Sofia Boutella, is a wonderful new character, a classic addition to the mythos.  I probably have more complaints about Star Trek Beyond than any other film on this list (I had a lot to say in my review), but there is nevertheless a lot about Beyond that is great, and I suspect this will be one of the movies on this list that I will re-watch the most often in the future.  (Click here for my full review.) 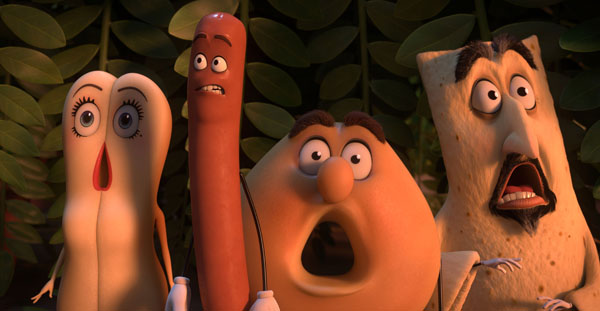 8. Sausage Party — In Seth Rogen & Evan Goldberg’s gloriously profane animated comedy, we follow the quest of several food items in a supermarket to discover the truth about what happens when the gods (people) carry them outside the supermarket doors.  The film, directed by Conrad Vernon & Greg Tiernan, takes a Pixar/Disney concept (what if something inanimate — in this case, food products — was actually alive?) and filters it through the raunchy sensibility that Seth Rogen and Evan Goldberg have honed to such perfection in all of the live-action films they have created together.  There is something wonderfully transgressive about watching an animated film that is just as crazy and profane as Mr. Rogen & Mr. Goldberg’s live-action films.  The cast is extraordinary: Seth Rogen, Kristen Wiig, Ed Norton (doing a hilarious Woody Allen impersonation), David Krumholtz, Jonah Hill, Michael Cera, Nick Kroll, Bill Hader, Danny McBride, Paul Rudd, James Franco, Craig Robinson, Salma Hayek, and many more are each spectacular in their specific roles, creating an incredibly memorable cast of foodstuff characters.  But the film is really on this list for its absolutely bonkers, over-the-top final ten minutes, which had my jaw on the floor.  (Click here for my full review.)

7. Hell or High Water — In David Mackenzie’s film, written by Taylor Sheridan, Chris Pine and Ben Foster play brothers robbing banks in Texas, and Jeff Bridges is the Ranger attempting to catch them.  The film is a blisteringly angry picture of the state of so many communities these days, feeling left behind by modernity and globalization, with the gap between the haves and the have-nots widening into a seemingly unbreachable gulf. But like a well-mannered Southern gentleman, the film doesn’t convey this anger through hysterics or big speeches. No, so much of the film’s message is conveyed in simple, quiet imagery of the Texas towns in which the film is set, with the “get out of debt” signs everywhere and striking images of run-down cars and run-down homes. This is a film with a broken heart, and by the end the audience will feel that too.  It’s also a wonderful character study, with both Chris Pine (who also was the lead in Star Trek Beyond, only two movies back on this list!) and Ben Foster doing the best work of their careers.  But the film truly belongs to Jeff Bridges, who is extraordinary as the mumbly-mouthed Texas Ranger, close to retirement, determined to catch his quarries.  He commands the screen and steals every scene he is in.  It’s a magnificent performance and an instantly iconic character.  This film snuck up on me.  I did not expect to have been as moved by it as I was. 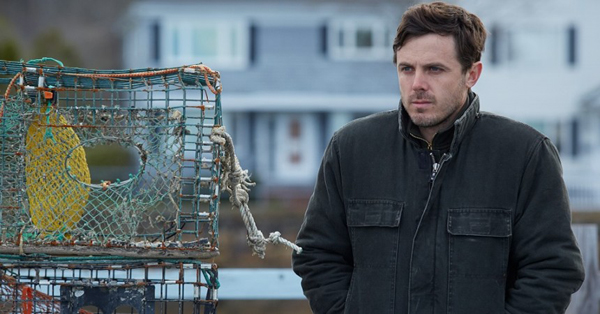 6. Manchester by the Sea — Kenneth Lonergan’s extraordinary, heartbreaking film tells the story of Lee, a janitor on the South Shore of Massachusetts who is summoned back to his childhood home on the North Shore when his brother, Joe, dies of a heart attack and someone is needed to look after Joe’s son Patrick.  I knew going in that this would be a somber movie, and I was fearful that a two-and-a-half movie about grief, however well-crafted, would be a chore.  But the genius of Kenneth Lonergan’s film is how alive it is.  After two-and-a-half hours, when the credits rolled, I couldn’t believe it.  I would have gladly spent another two-and-a-half-hours continuing to explore these wonderful characters.  The film is devastatingly sad, but it has a surprising amount of humor in it, humor that comes from fully-realized, three-dimensional characters breathing and interacting with one another.  The film is incredibly naturalistic.  There’s not an inch of Hollywood speechifying or schmaltz or other movie fakery.  The film feels incredibly real, which is what makes it so emotionally affecting.  Casey Affleck is amazing, as is the rest of the cast including Kyle Chandler, Michelle Williams, and the young Lucas Hedges.  I haven’t been able to stop thinking about this movie ever since I saw it.  It is a triumph.  (Click here for my full review.)

I just called Manchester by the Sea a triumph, and yet, there are still five movies I rated above it!  I hope you’ll join me back here on Wednesday for my TOP FIVE movies of 2016!