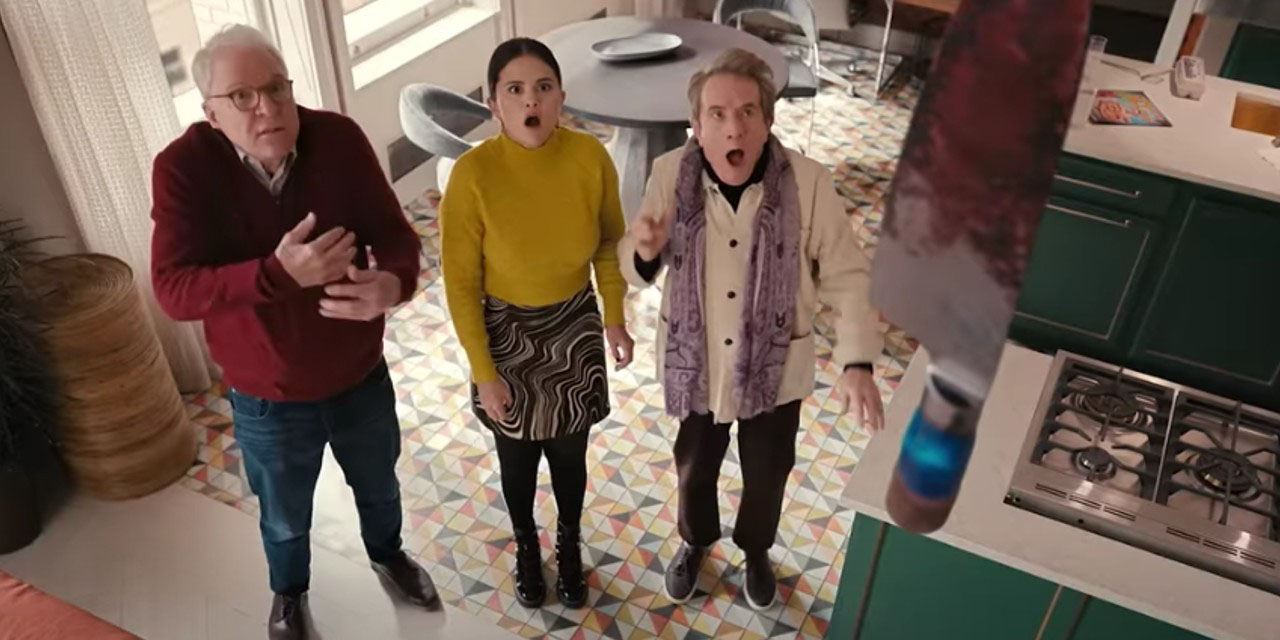 Josh Reviews Only Murders in the Building Season Two

For this show to succeed, it has to work as a comedy, a character-based drama, and also a mystery.  I was happy to see that season two expertly balanced those three aspects of the show just as well as had been the case in season one.  I was surprised that the first season ended on a cliffhanger, and I worried a bit as two whether this show could really sustain itself.  Would it turn into a Murder She Wrote sort of thing, stretching credulity that so many murders could surround our lead characters?  I was very pleased by how much I enjoyed the new twisty-turny mysteries introduced in season two, and how well those new questions connected to the characters we’d already met in season one.

I loved the way the show used these new mysteries to deepen and enrich the characters.  One of the things I enjoy best about this show is how empathetic it is to all its characters.  The show would often introduce characters who are (or appear to be), if not quite villains, at least one could say they’re antagonistic to our three heroes.  And then, time after time, the show spends time fleshing out those characters, allowing us to know them and we to understand their point of view.  This allows us to build empathy towards them.  My favorite episode in season three was the third-episode spotlight on Bunny (Jayne Houdyshell).  That episode really made me love Bunny!!  That was so critical, because we have to invest in the story of the investigation of her death.  That might be the best example, but I also enjoyed the way the show spent time with, say, Teddy Dimas (Nathan Lane) and also his deaf son Theo (James Caverly).

The show’s central trio of Steve Martin, Martin Short, and Selena Gomez continue to be an absolute delight.  The show is at its best when the three are together; their comedic energy is wonderful.  I love these actors and I love these characters, and it’s never not fun to see them bouncing off of one another.

A key aspect of the show’s strength in season one was the fantastic supporting cast, and that was even more the case here in season two.  I love that the show has continued to explore and develop the denizens of the Arconia and the other friends and foes in our central trio’s orbit.  I was happy to see Da’Vine Joy Randolph back for more as Detective Williams; her deadpan attitude and ever-present frustration with our heroes was always funny.  I’ve enjoyed the glimpses the show has given us into her private life; I’d love to see more of that in future seasons.  I’m glad that Tina Fey returned, in a surprisingly big way, as rival podcaster Cinda Canning.  I was not expecting how deeply the show wound up digging into the life and backstory of Poppy (Adina Verson), Cinda’s perpetually put-upon assistant.  That was great.  Michael Cyril Creighton (Spotlight) is perfect as the prickly, cat-loving Howard Morris; I loved getting to see him involved in a cute flirtation with a fellow Arconia denizen (who is an actual Broadway singer, something Howard can only dream about).  (Hearing his yodeling group’s yodeling version of the show’s main theme over the end credits of episode eight was a highlight of the season for me!)  Jane Lynch is comedic gold as Sazz Pataki, Charles’ stunt double from his Brazzos days; her break-up scene, on Charles’ behalf, with an imprisoned Jan was so, so funny.  Speaking of Jan, I wasn’t expecting to see Amy Ryan (The Wire, The Office, Gone Baby Gone) back, but I loved how the show used her here in season two; her weird, so-wrong, continuing romance with Charles was a hoot.

We got a lot of great new additions to the ensemble in season two.  The great Shirley MacLaine was phenomenal as Bunny’s tough, dry-witted mother Leonora Folger.  Her scenes with Steve Martin just crackled.  It was wonderful seeing Ms. MacLaine in a juicy role like this.  She doesn’t have too much time on screen, but Andrea Martin (SCTV, Wag the Dog, My Big Fat Greek Wedding, the film adaptation of the Broadway musical version of The Producers… and I will always especially love her for originating the role of Quark’s mother “Moogie” on Star Trek: Deep Space Nine) was a delight as Charles’ sweet long-time make-up person, Joy.  Cara Delevingne (Suicide Squad, Valerian and the City of a Thousand Planets) was appropriately sexy and mysterious as Alice Banks, a new love-interest for Mabel.  I loved Amy Schumer’s brief appearance playing herself (after having moved into Sting’s former apartment in the Arconia).  It was fun to see Michael Rapaport (True Romance, Copland, Small Time Crooks) as grumpy NY Detective Krebs.  Christine Ko (Stumptown, Master of None: Moments in Love) was a great new addition to the Arconia gang as Nina Lin, the new board president (now that Bunny is dead).  And Zoe Colletti did a great job as Lucy, Charles’ sort-of daughter.

Other thoughts on the second season:

I’m so impressed by how great this second season of Only Murders in the Building was.  I’m so happy they were able to maintain the quality throughout these ten new episodes.  Season three cannot come fast enough!!